Earlier this month, Birmingham’s The Old Rep welcomed their patron Brian Cox to the theatre to be presented with a dedicated seat plaque honouring his remarkable career and achievements in the arts. Continuing the celebrations of The Old Rep’s 105th anniversary, the team have installed a number of seat plaques dedicated to notable actors and theatre makers whose careers were developed in the iconic venue including Brian Blessed, Sir Barry Jackson, Toyah Willcox and, of course, the theatre’s Patron Brian Cox.

An Olivier and Emmy award winner, Cox joined The Birmi 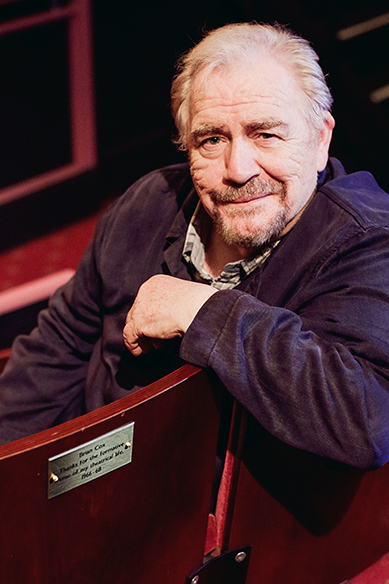 ngham Repertory Company in 1966 taking to the stage in Peer Gynt and Othello alongside Alison Key and Michael Gambon. Following his time in Birmingham, Cox spent multiple seasons with both the Royal Shakespeare Company and the National Theatre during the 1980s-90s. He then went on to star in Braveheart, The Bourne Supremacy and many TV dramas including The Game, which was filmed in Birmingham, and HBO’s upcoming series Succession.

Welcomed by The Old Rep team, Brian Cox reminisced about his time at the theatre and, on learning that the venue now acts as Birmingham Ormiston Academy’s second campus, offered some advice to young performers in training:

“I think it’s just persistence, it’s about following your bliss, not giving up and not being distracted – and there’s a lot of distractions. I know very good actors who fall away, but you have to have the stamina and you have to have the ability to be available, always available at the right points so you don’t cut yourself off anywhere. Don’t lose the idea that anything is possible. When people try to corral you, just don’t be corralled; stick to your purpose.”

Remembering fondly his time spent in the Rep Company, Cox spoke about how Sir Barry Jackson’s legacy permeated the theatre and how the history of the venue is still palpable today:

“This place really is history. It’s incredible. And for me it’s still vivid in my mind and very present with me still. We were all forming our personalities as young actors, it was fantastic fun it really was. There was a real sense what the theatre was about, the sheer mechanics of the theatre. It was in your bones and of course it stayed there – you can’t deny it.”

Sharing his memories of charac 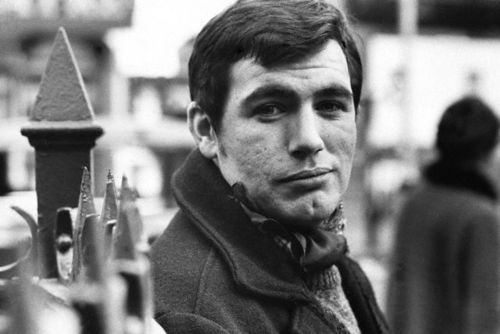 ters both on and off stage and espousing the ‘all hands on deck’ spirit fostered by the repertory system, Cox spoke of how The Old Rep (then Birmingham Repertory Theatre) was widely held as one of the most radical playhouses in the UK. He told of how actors would come from far and wide to be trained in Birmingham Repertory Company and of the kudos it enjoyed in the theatre industry both nationally and internationally. Cox was passionately encouraged to join the company in 1966 by fellow alumnus Sir Laurence Olivier, who trod the boards in Birmingham during the 1920s and became a star of British theatre following his apprenticeship at this unique and well-loved theatre. Cox encapsulates the theatre’s impact on him and many who have passed through its doors, saying:

“I moved to America and really concentrated on my film career but always kept my relationship with the theatre going because it’s who I am and it’s what made me. I wouldn’t be the actor I’ve become if it hadn’t been for my theatre experience so I’m eternally grateful for this place, for the Old Rep. “