The Old Rep (previously known as Birmingham Repertory Theatre) first opened its doors in 1913 and occupies a unique place in theatre history as Britain’s first purpose-built repertory theatre. The theatre was built as a permanent home for distinguished director Barry Jackson’s amateur theatre group, The Pilgrim Players who later became known as The Birmingham Repertory Company. 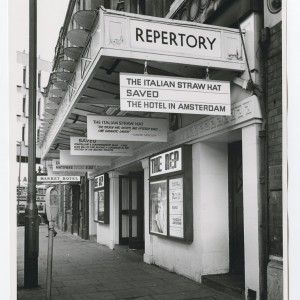 Construction on the venue began in October 1912 and continued day and night for four months. Originally the theatre could seat 464, but following refurbishment in the 1990s, this has been reduced to 385. The Grade II listed building has been well-preserved and still retains many original features including a mirror rumoured to have been requested by Sir Laurence Olivier himself!

The theatre opened on 15 February 1913 with a performance of Shakespeare’s Twelfth Night, preceded by a reading from Barry Jackson, of the poem The Mighty Line by resident playwright John Drinkwater. The company began what would become more than a century of history with an ethos led by Jackson that theatre should “serve as art instead of making that art serve a commercial purpose.” With a wealth of local talent, the theatre produced a rolling bill of plays, both classic texts and new writing.

Through financial ups and downs the rep company’s work continued, gaining them a reputation as one of the most radical playhouses in the country and the first to stage Shakespeare in modern dress. 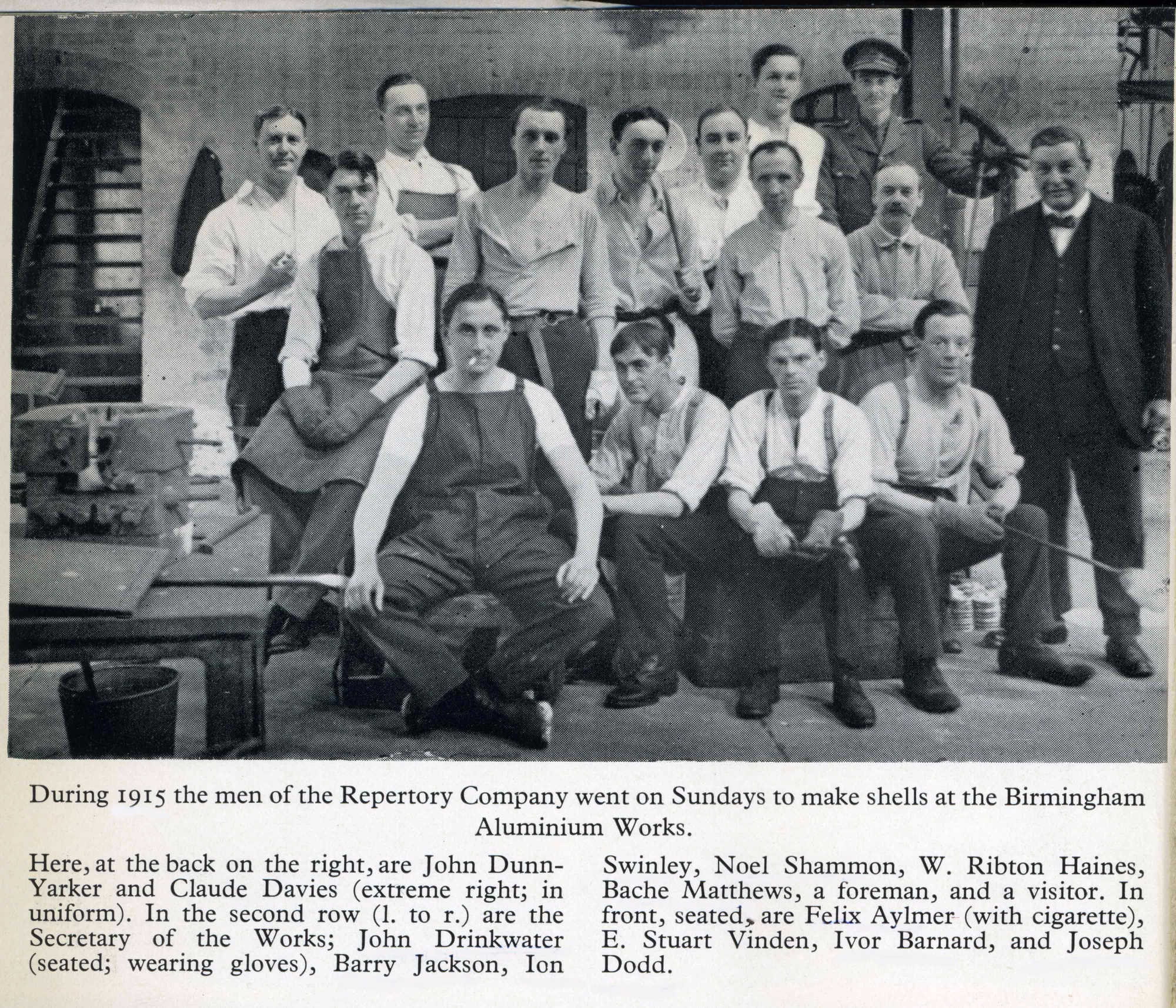 The range of rich and varied roles on offer had actors flocking to join the company and learn their craft with a host of notable names including Sir Laurence Olivier, Dame Edith Evans, Peggy Ashcroft, Albert Finney, Brian Cox, Julie Christie, Derek Jacobi and many, many more.

Despite the early 20th century bringing two international conflicts, the theatre continued to stage high-quality performances and offer their audiences a few hours’ respite from the country’s troubles. But far from shirking their national duties, in 1915 the men working at The Birmingham Repertory Company who were unable to join the war effort worked together on Sundays making shells at the local aluminium works.

In 1921 a fire erupted inside the building damaging the front curtain and the set. But in the true spirit of show business, a fire would not put a stop to entertainment and the next day’s matinee was held defiantly amidst the debris. 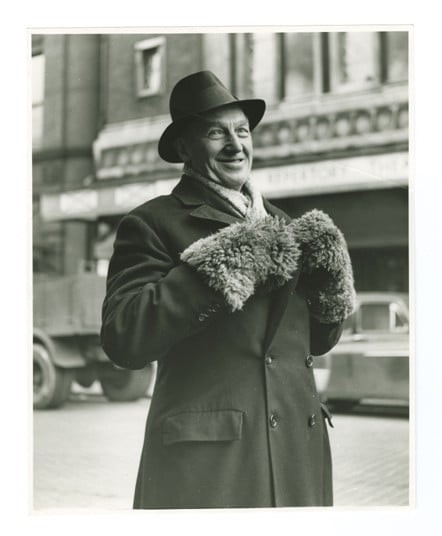 n 1923, Barry Jackson received a gold medal from Birmingham Civic Society which was shortly followed by a knighthood in 1925 for his services to the theatre. Sir Barry Jackson’s significant role in Birmingham’s arts scene was to be recognised once again in 1955 when he was awarded the freedom of the city.

Disaster struck again in 1940 as Birmingham was targeted during the Blitz. A bomb dropped through the theatre’s roof destroying nearly 30 years of set and costumes, but once again the show went on, merely switching to matinee only performances.

After many successful years at their Station Street venue, the company was hungry for a bigger venue and in 1971 they moved to a newly built theatre on Broad Street with The Old Rep taken into ownership by Birmingham City Council.

However, this wasn’t the last time the company would be based at Station Street, returning to The Old Rep between 2011- 2013 while The Rep and The Library of Birmingham underwent redevelopment. The company celebrated their centenary year at their original home with a programme of performances, tours and creative activities for the people of Birmingham.

In 2014, Birmingham Ormiston Academy (BOA) successfully tendered for The Old Rep Theatre. BOA aims to ensure that the theatre is a vibrant hub for the provision of high quality arts, performance and training for young people at the heart of the West Midlands. The Old Rep hosts student performances throughout the year alongside regularly timetabled lessons.

Honouring its original purpose, The Old Rep continues to be training ground for the next generation of performers, producers, directors, technicians and arts workers.

The Old Rep has played a central role in the early careers of many of the UK’s most celebrated actors and theatre-makers.

here are a few of those notable names